Malta launches new schemes to attract expat pensioners and promote a new generous tax incentive scheme to encourage European individuals to transfer their pensions to, and take up residence in Malta.

Under the scheme, which is exclusively available to European Union, European Economic Area, or Swiss nationals, income tax will be fixed at 15%, with a minimum tax liability of EUR7,500 per annum, plus EUR500 for each dependant. 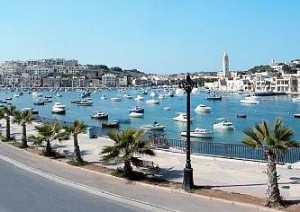 To be eligible for the scheme, applicants would need to fulfil a number of conditions, including:

Applicants must spend a minimum of 90 days in Malta per annum, averaged over a five-year period. In addition, they must not reside in any other single jurisdiction for more than 183 days in a year.

Marsascala, Malta   picture above courtesy Best of European Union, is a town located at the Marsascala Bay on the southeastern part of the island of Malta. It is a popular travel destination.

The individual’s entire pension would have to be remitted and taxed in Malta, and 75% of the income chargeable to tax in Malta would have to arise from pension or similar income, including lifetime annuities, personal pension plans, occupational pension.

Very quick incorporation and set up. Go to “Incorporation Service” and fill out the form.