Mexico is attractive but Venezuelans pay the least taxes in Latin America, while Argentines and Brazilians pay the most according to a report from the Organisation for Economic Co-operation and Development (OECD), just released onTuesday. 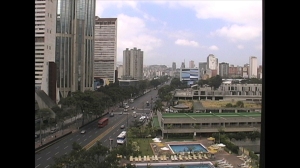 Venezuela had the lowest tax take in Latin America at just 11.4% of national income, according to the report prepared by the OECD, Inter-American Centre of Tax Administrations and the Economic Commission for Latin American and the Caribbean.

Mexico, the second largest economy in the region and one of only two Latin American countries in the OECD, was confirmed as having the OECD’s lowest tax with 18.8%.

Very quick incorporation and set up. Go to “Incorporation Service” and fill out the form.